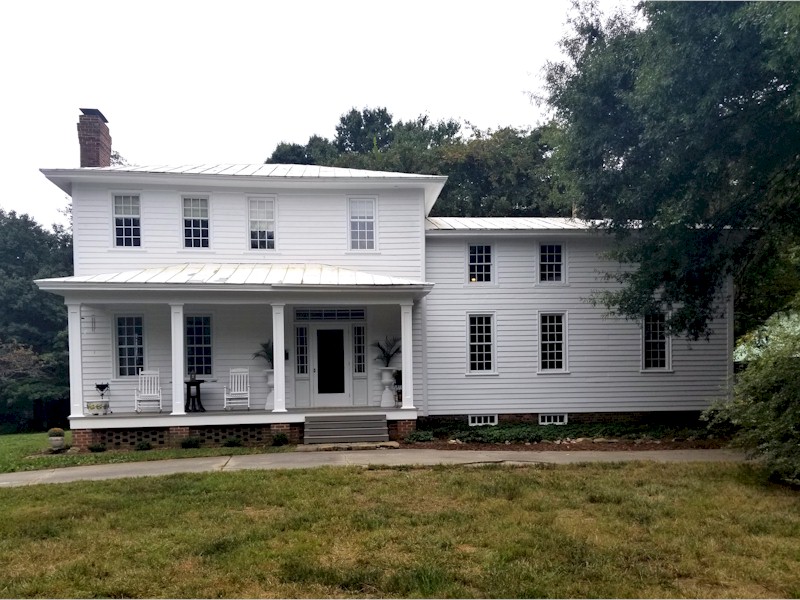 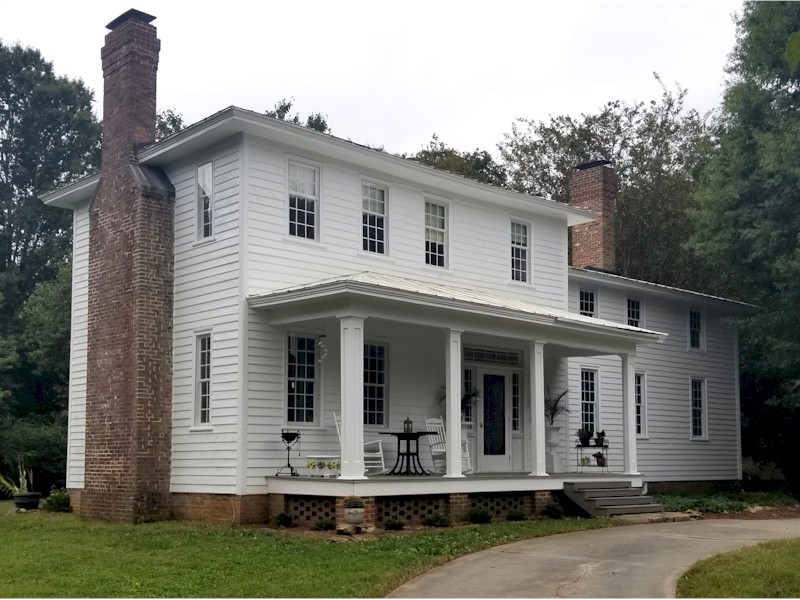 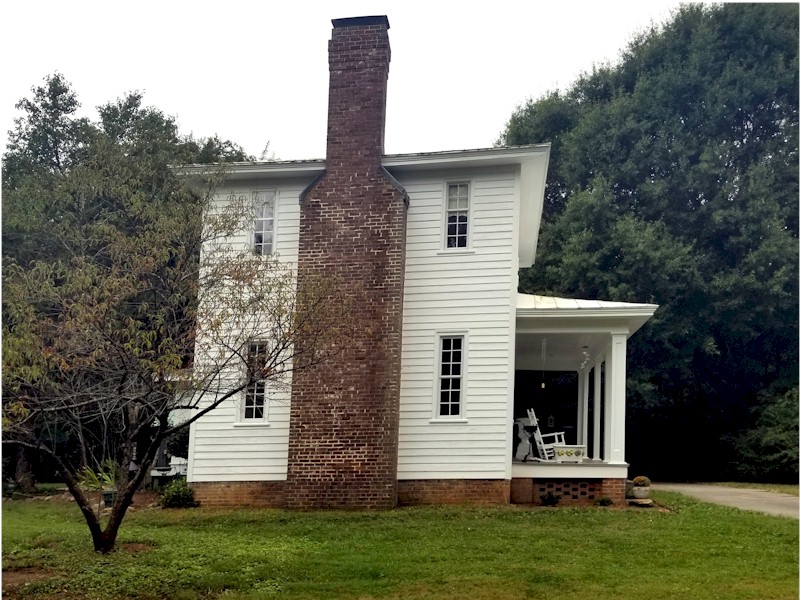 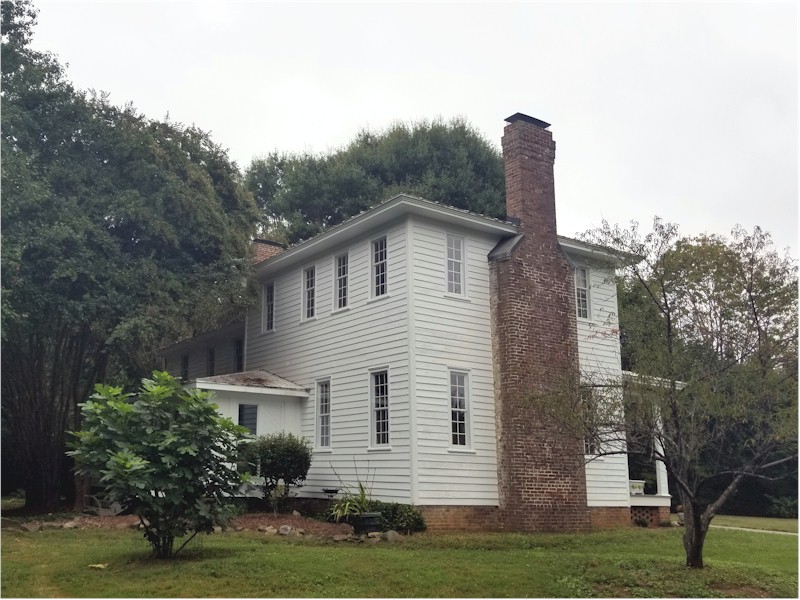 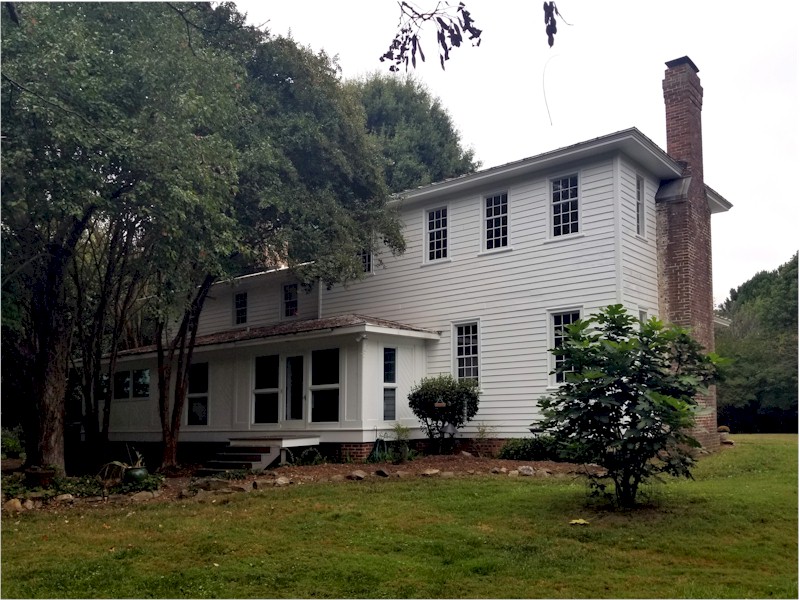 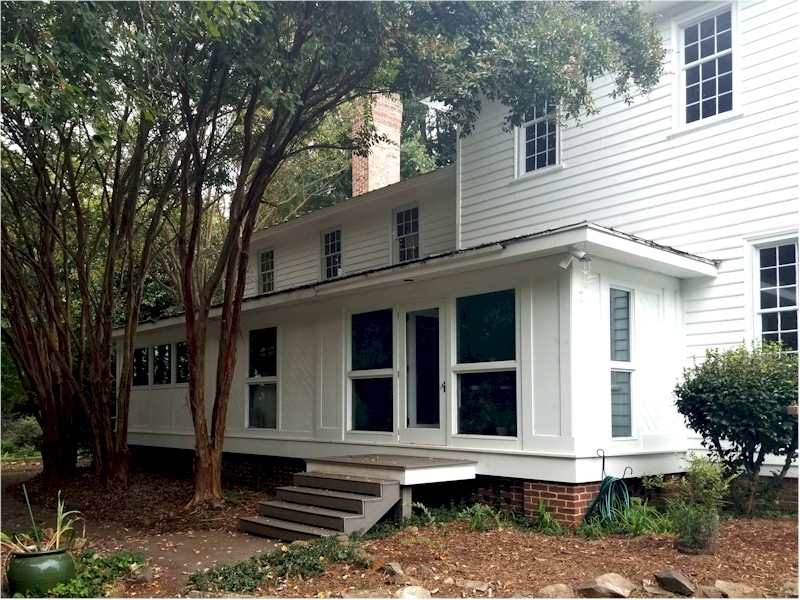 Back porch replaced with modern kitchen addition during restoration. 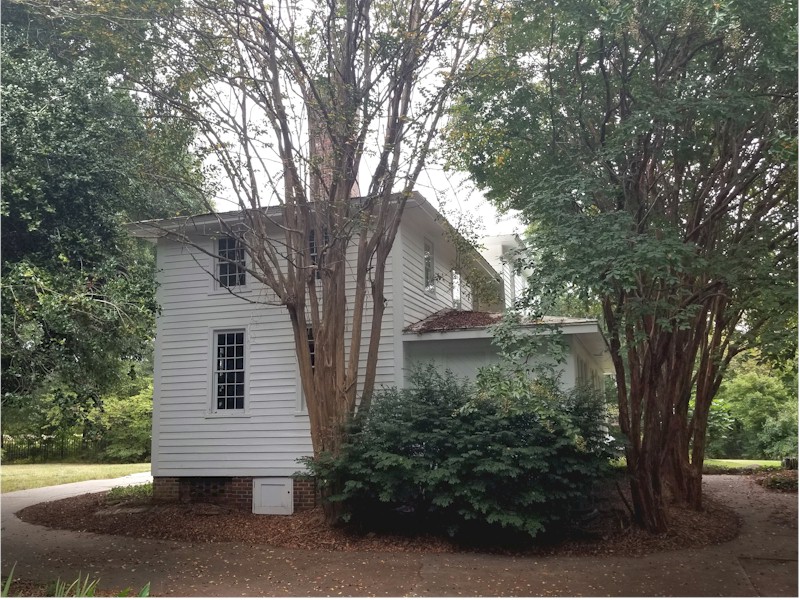 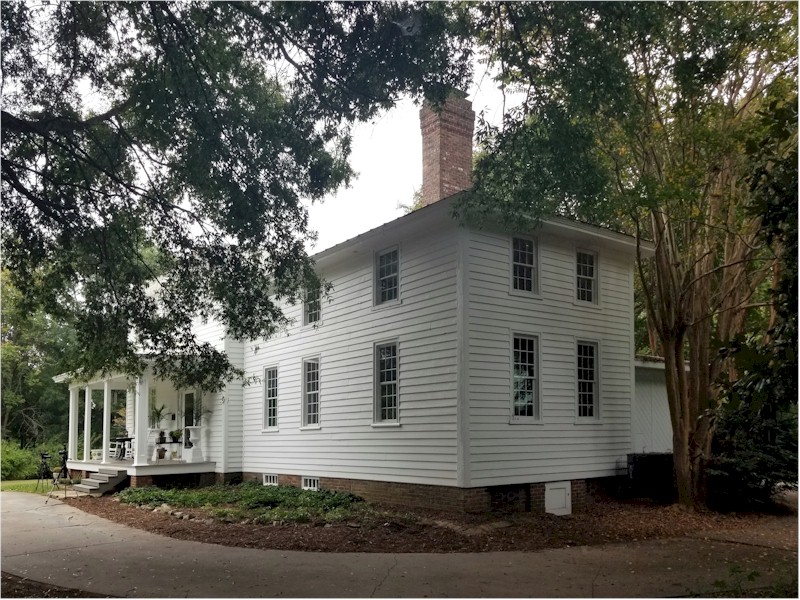 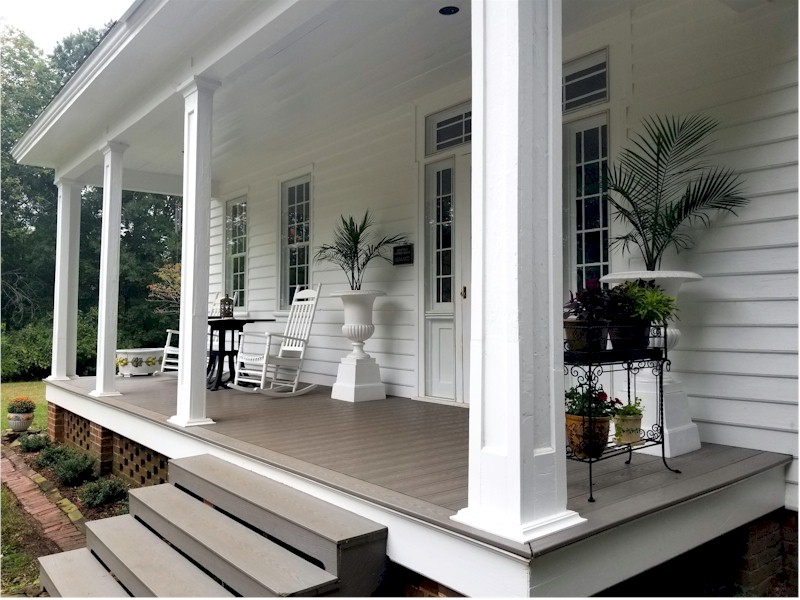 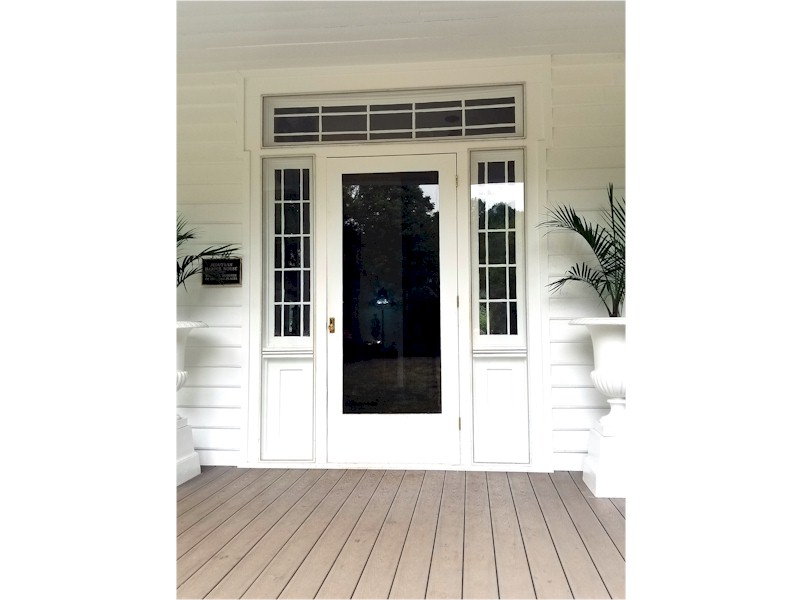 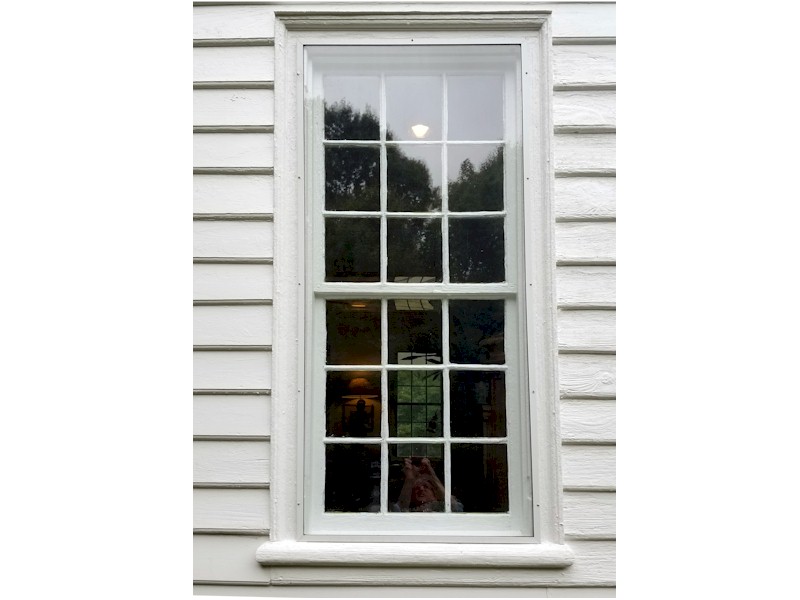 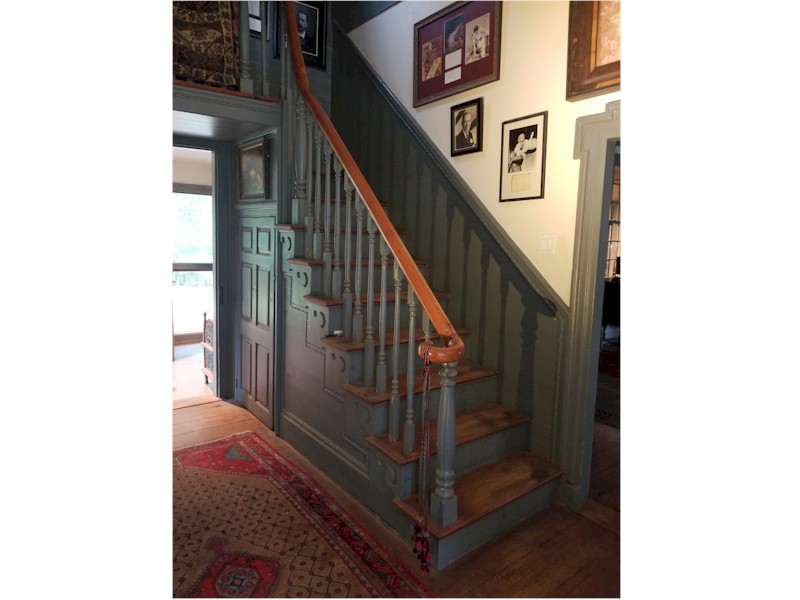 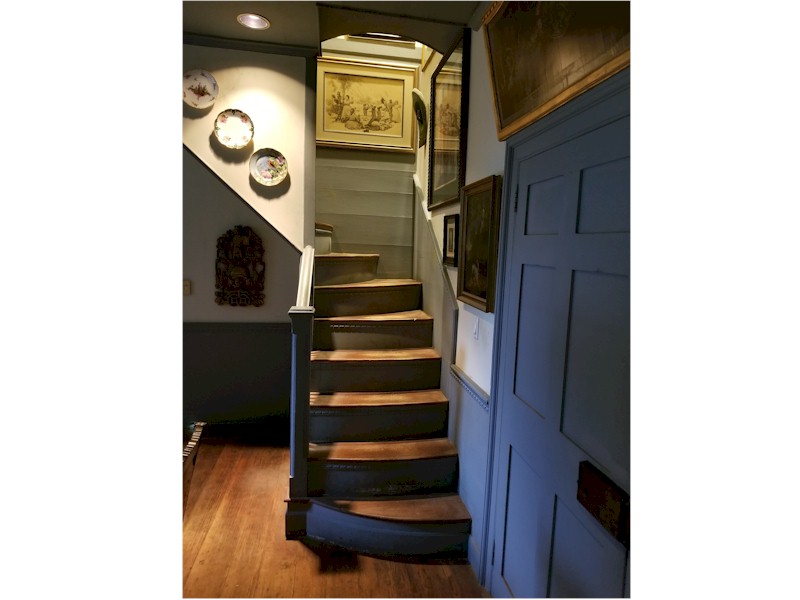 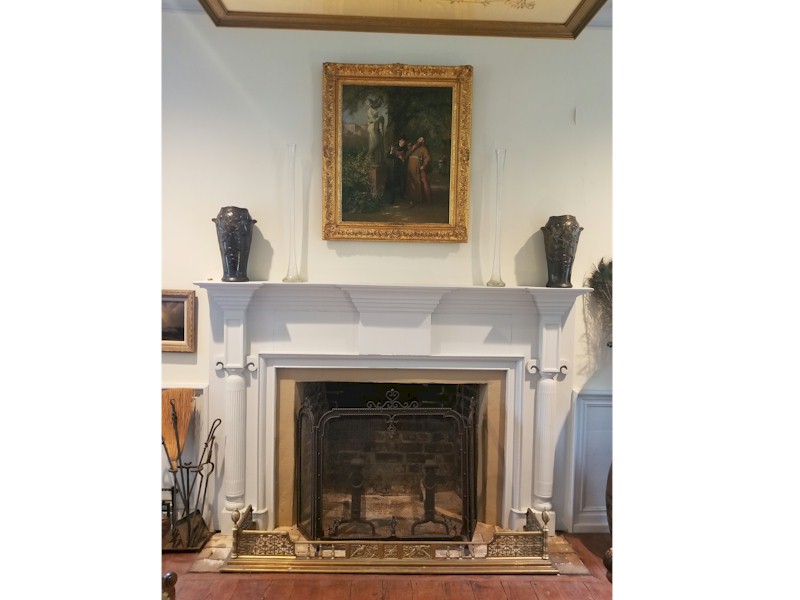 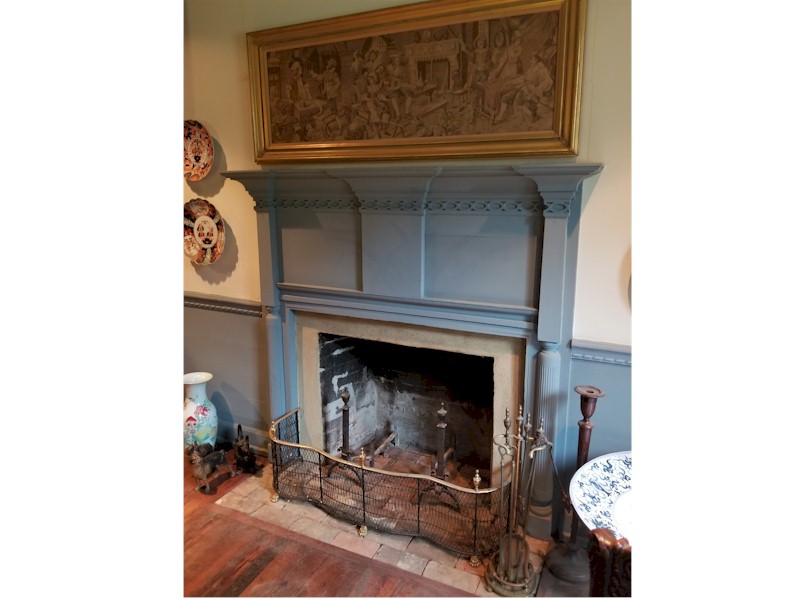 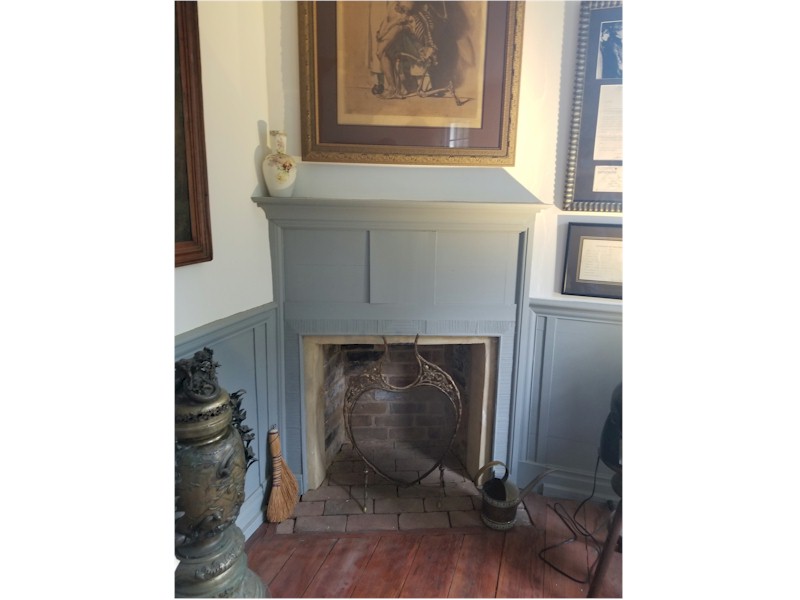 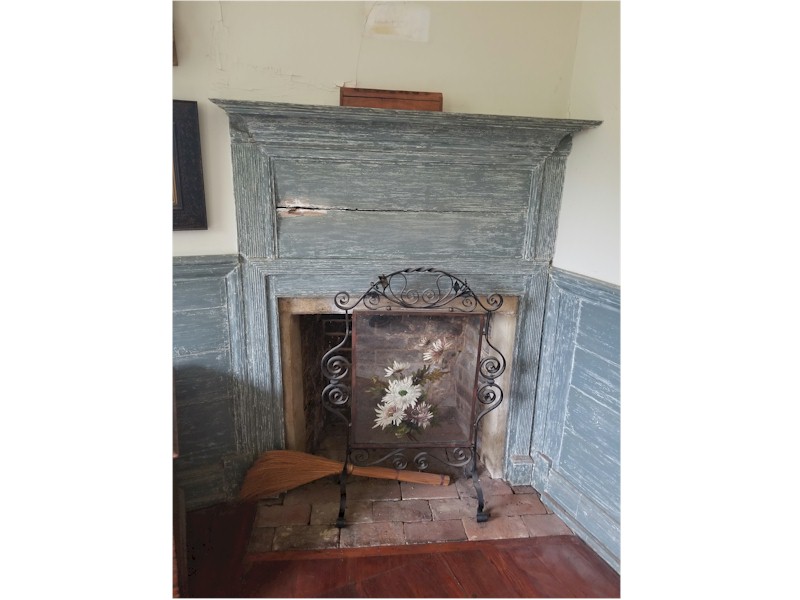 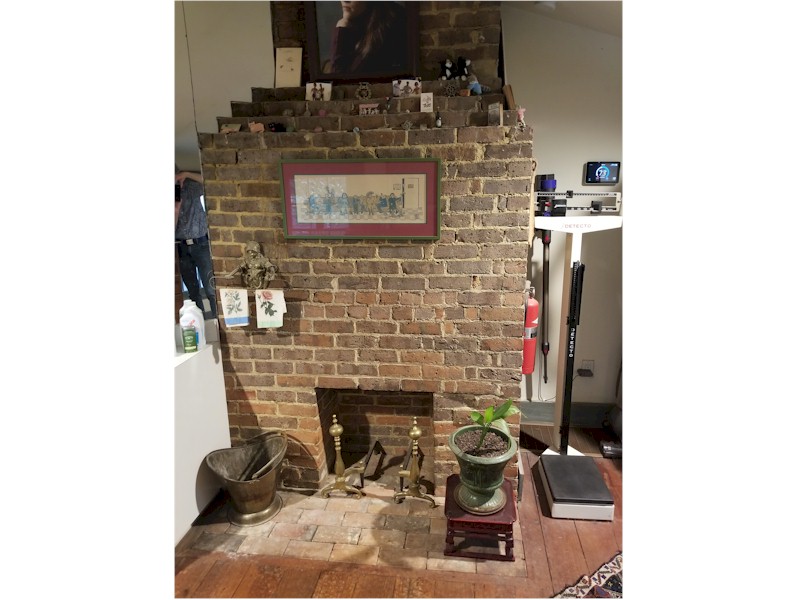 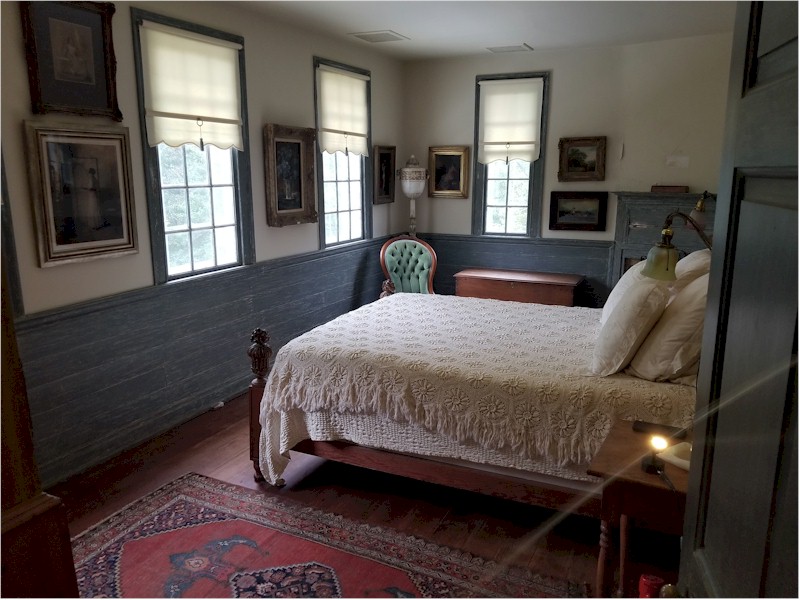 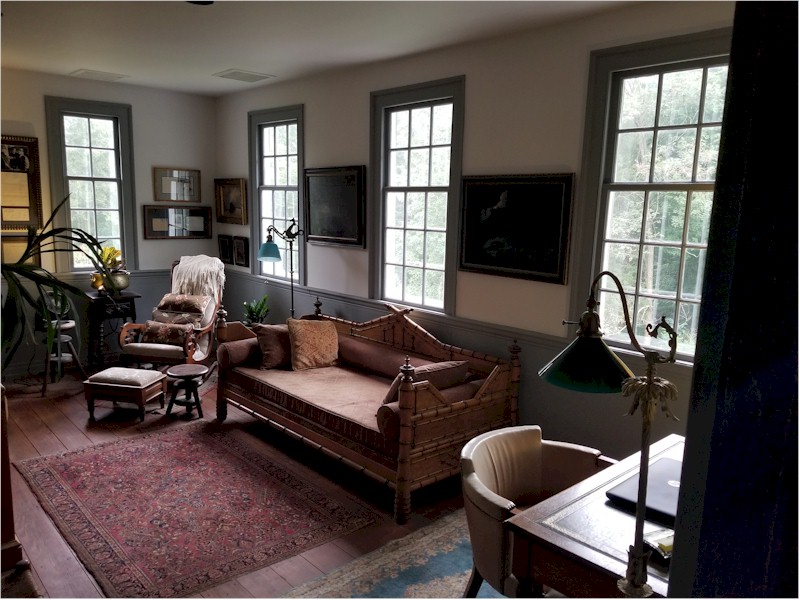 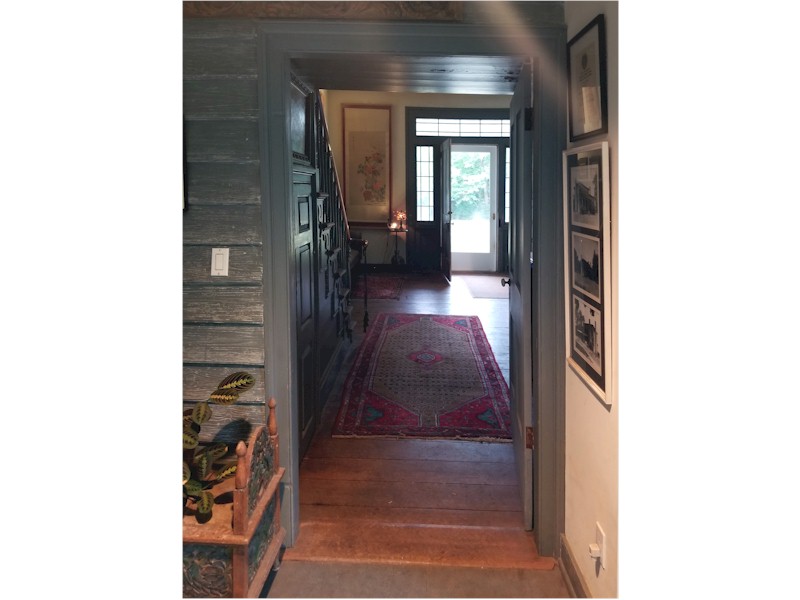 Foyer detail from back to front 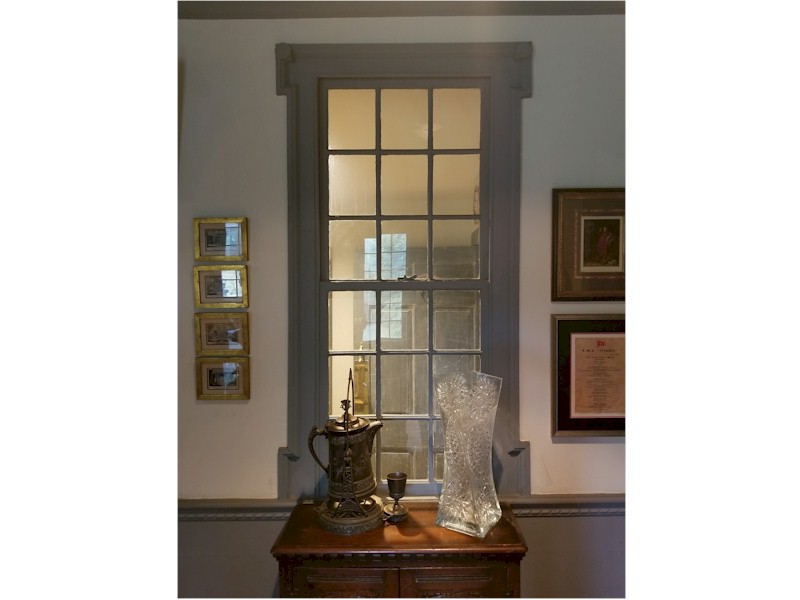 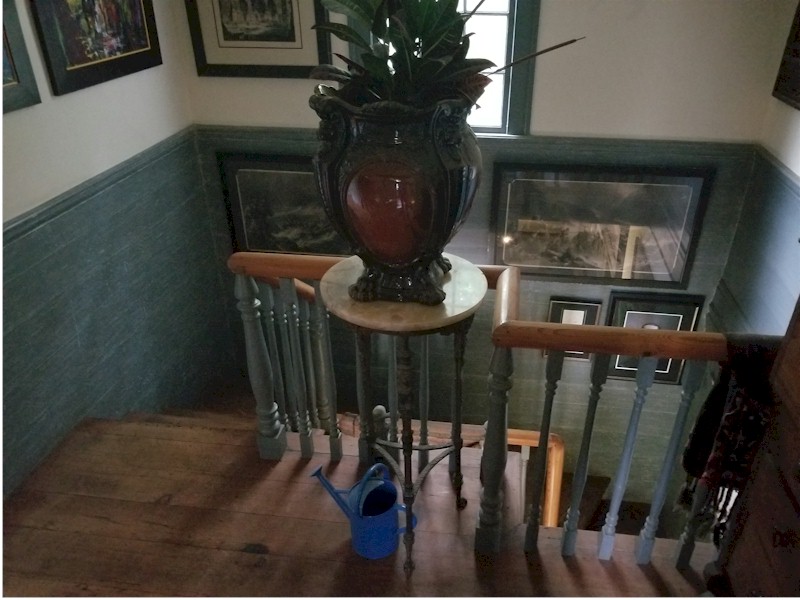 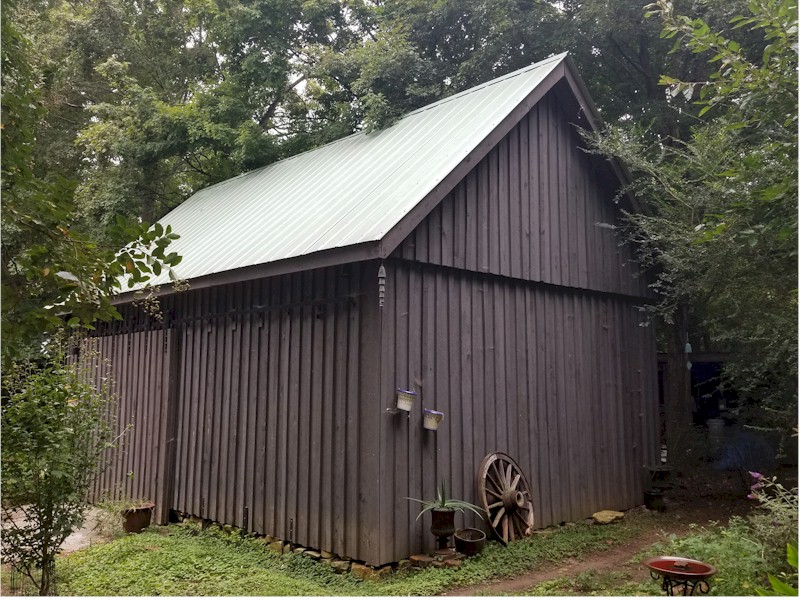 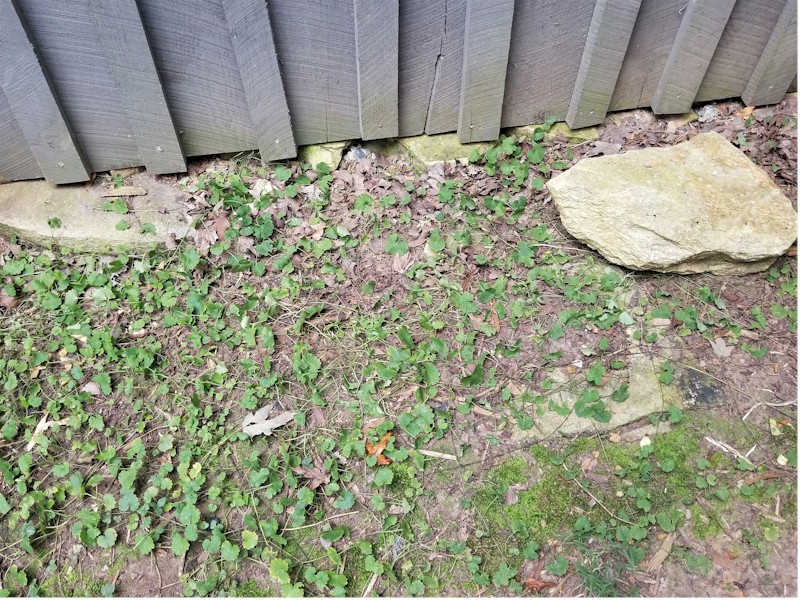 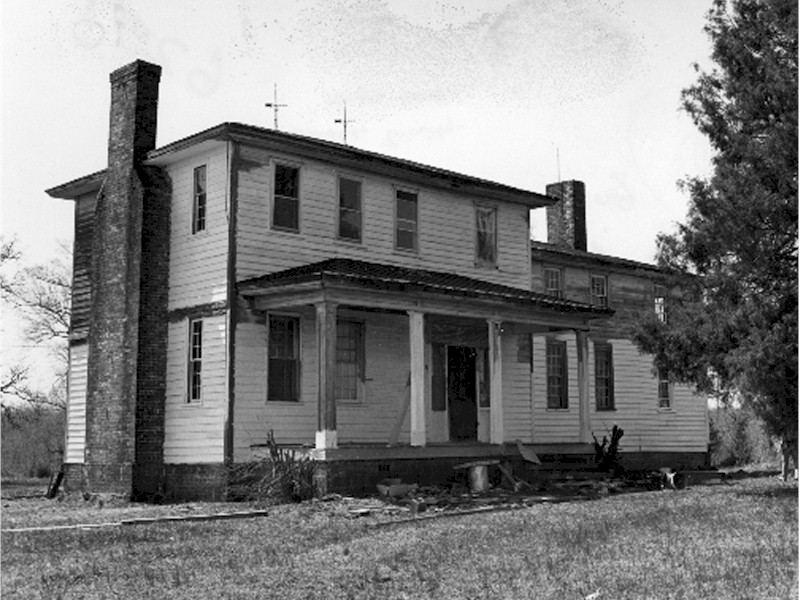 Northeast elevation prior to restoration (1970s) 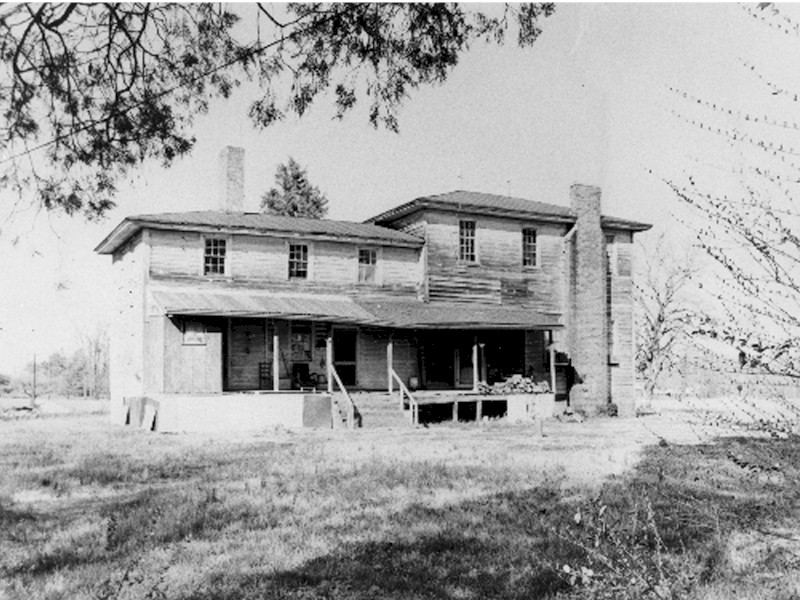 South elevation prior to restoration (1970s)

Rear chimney, added in 1908, was removed during restoration.

The Jesse Harper House in Trinity Township, Randolph County, North Carolina is an unusually fine, highly original example of Piedmont North Carolina architecture from the Federal period. The third oldest dwelling still standing in Randolph County, it also exemplifies the circumstances of Randolph County’s major landowners – and of the enslaved people who made their prosperity and leisure possible. Built circa 1815, the house is associated with the Harper family, whose members were politically prominent in Randolph County. There is some uncertainty as to who initiated construction of the house – either Jeduthun Harper (1736-1819) or his son Jesse Harper (1787-1851), although Jesse became its primary occupant. Jeduthun Harper was a member of the Hillsborough Provincial Congress of 1775 and of the Fourth Provincial Congress of 1776; Harper also held several local offices such as Justice of the Peace, Register of Deeds, and Clerk of Court in addition to serving in the North Carolina Legislature. Harper’s children and grandchildren intermarried with other prominent families in the area, among them daughter Sarah (1789-1858), who became the second wife of Gen. Alexander Gray (1768-1864), the county’s largest landowner; and granddaughter Ann Eliza Lindsay, who married John Motley Morehead (1796-1866) of Greensboro, governor of North Carolina 1841-1845. Jesse Harper, like his father, served as Civil Clerk of Court in Randolph County. A political ally of Morehead, he served on the state Board of Internal Improvement during the governor’s administration. The Harper House meets the criteria for designation as a Randolph County Historic Landmark as follows:

Although the house contains elaborate interior woodwork which combines Georgian and Federal elements reflecting the cultural lag which caused the late arrival and extended popularity of stylistic forms in rural North Carolina, the landmark designation proposal is for the exterior only. The proposed designation boundary includes the house and its entire three-acre lot