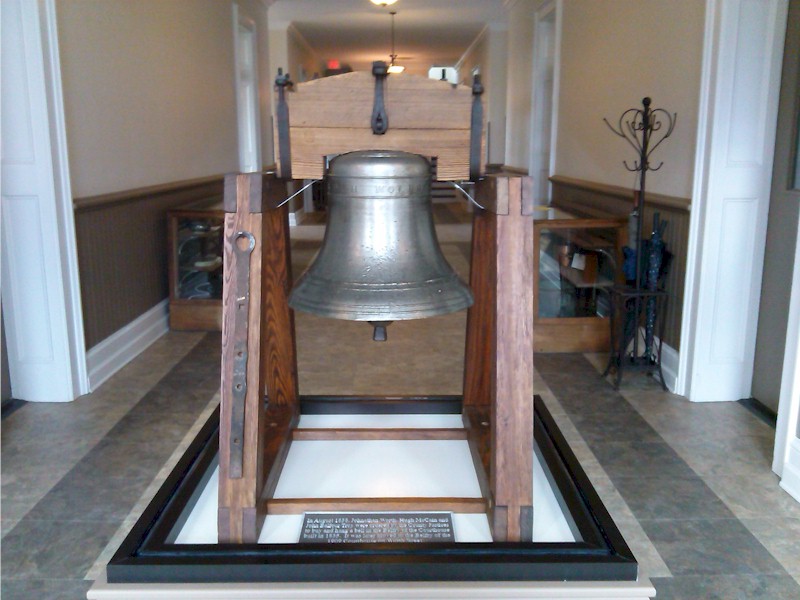 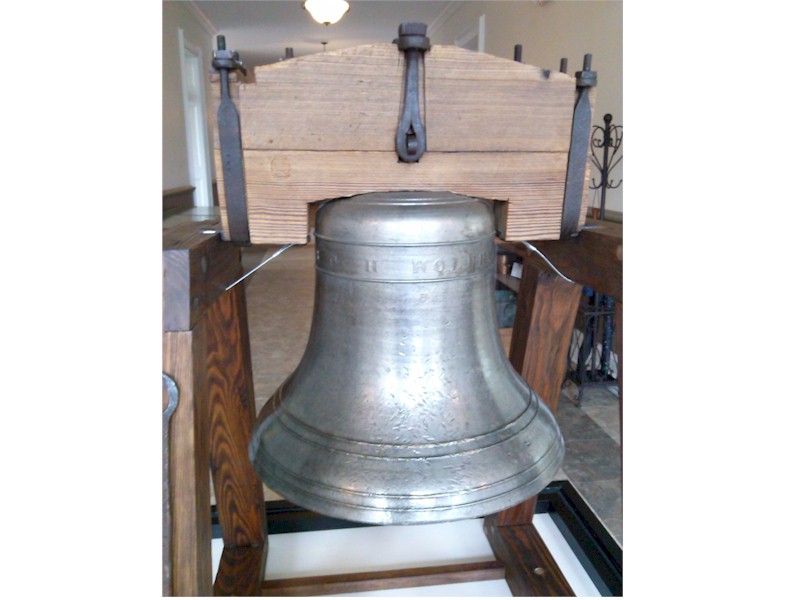 From the earliest days, the Randolph County Court House had a bell to announce the beginning of its sessions of court.   Preserved and moved from building to building as county government expanded, it is one of the oldest artifacts of county government. In August, 1838, Jonathan Worth, Hugh McCain and John Balfour Troy were ordered by the county justices to buy and hang a bell in the courthouse. Re-installed in a belfry when the 1838 courthouse was remodeled in 1876, it was moved into the attic belfry of the 1909 building on Worth Street, where it remained for 90 years.  In 2002 it was removed, restored, and installed in a glass case on the second floor of the 2003 courthouse, no longer able to ring, but more visible than ever before. Enhanced security measures limited access to the courthouse in 2009, and only those citizens paying fines at the Clerk’s Office on the second floor could see the bell.  In December, 2015, upon the recommendation of the Landmarks Commission, the county ordered the bell moved back to the lobby of the 1909 courthouse, where it can be viewed without restriction. That move was accomplished on January 22, 2015.

The Randolph County Courthouse Bell is marked “G.H. Holbrook/ Medford, Mass”. The inscription refers to George Handel Holbrook, whose family ran a bell foundry in that town from 1822 to 1880. There are evidently more than 120 Holbrook bells known to still exist, cast from 1816 to 1879. Holbrook learned his trade from his father George, who was apprenticed to master bell founder Paul Revere. The elder Holbrook and Revere remained friends until the latter's death.