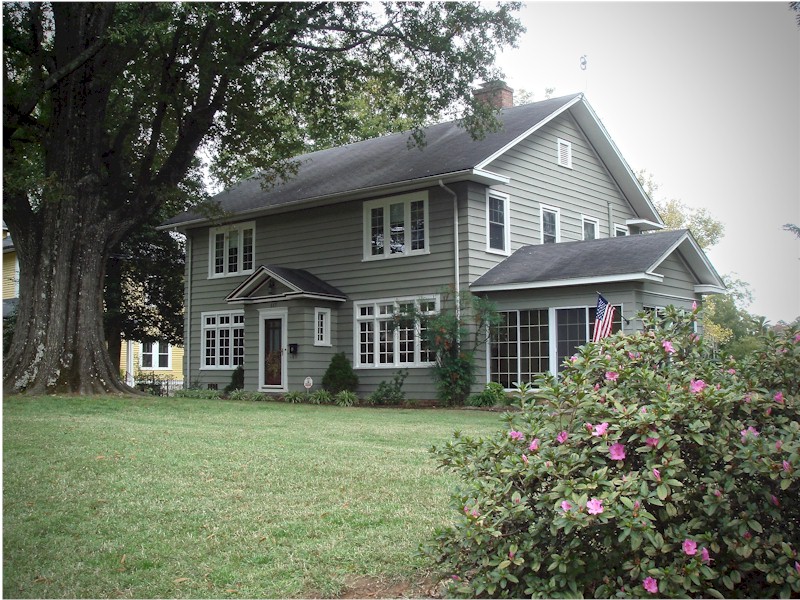 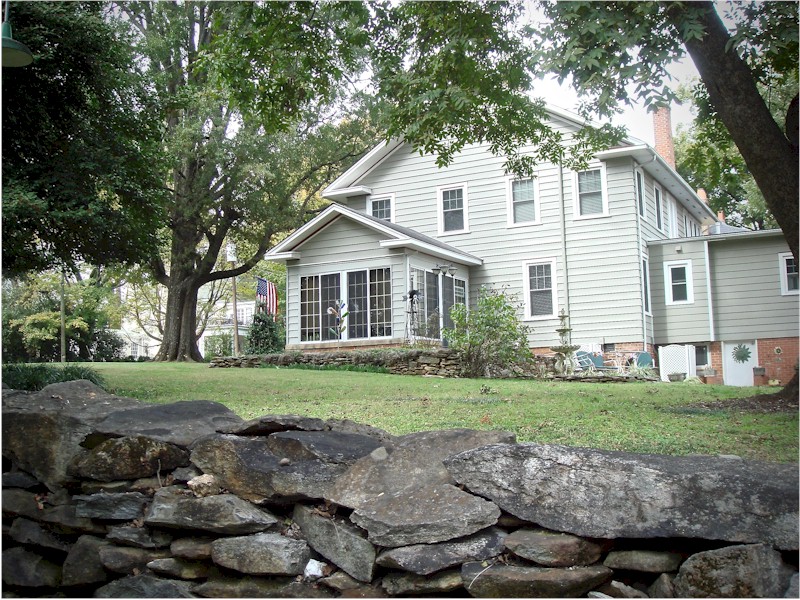 Stone wall is comprised of chimney stones from the former Marsh/Robbins house on the same site. 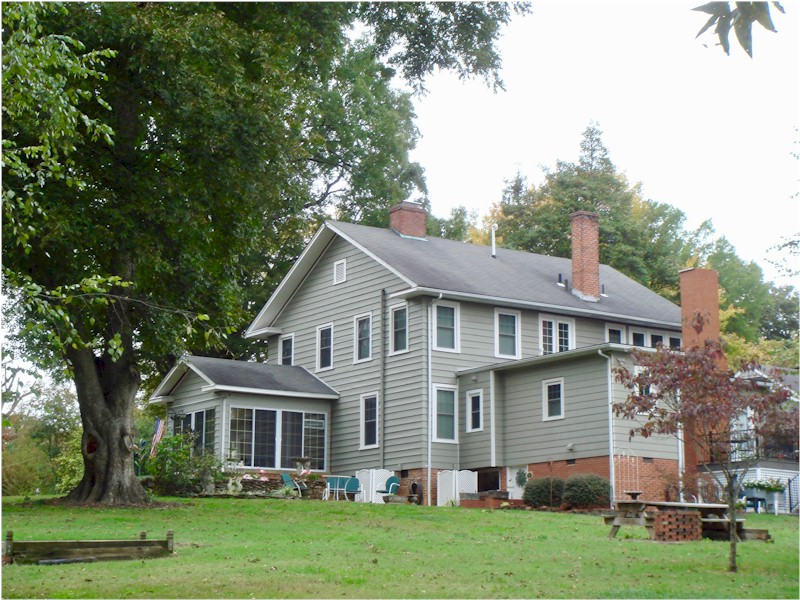 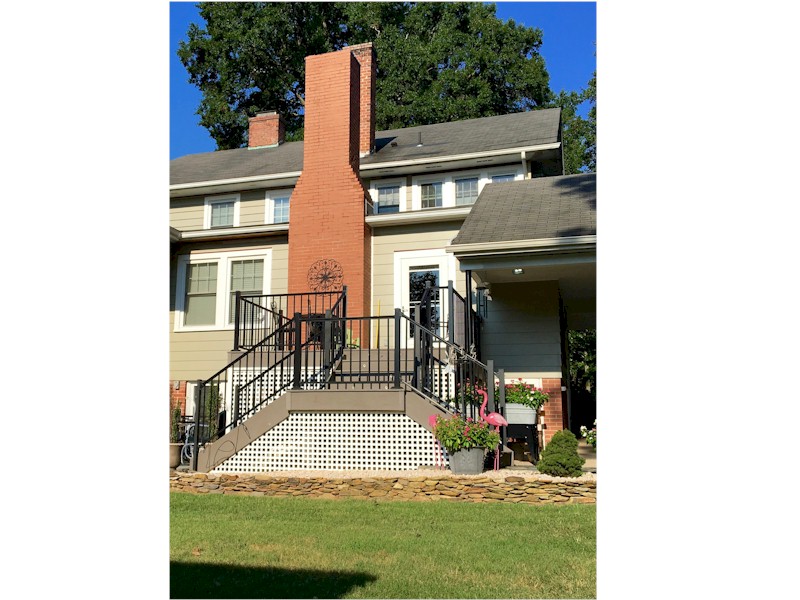 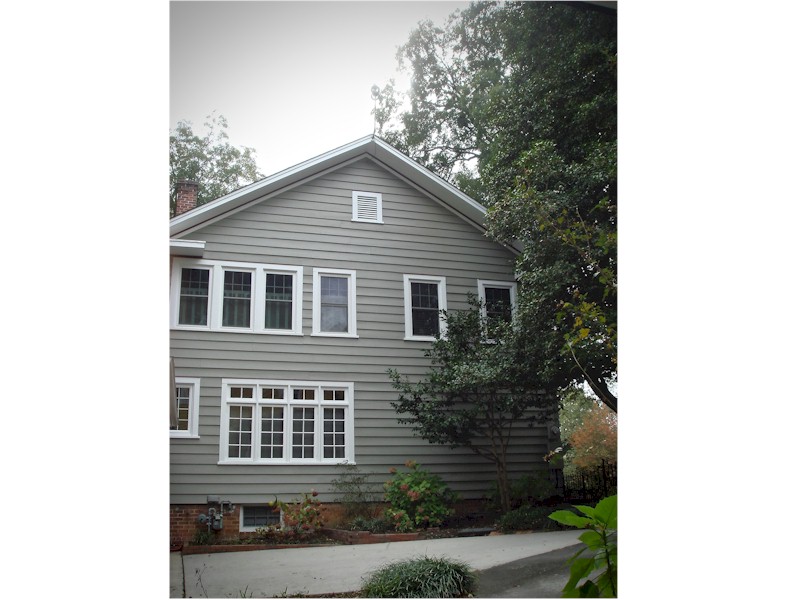 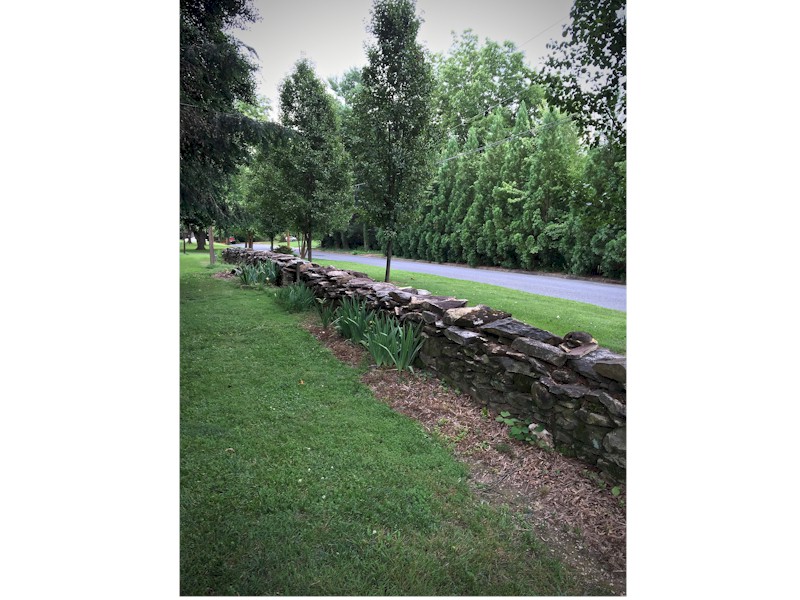 The wall is comprised of stones from the Marsh/Robbins house chimney. 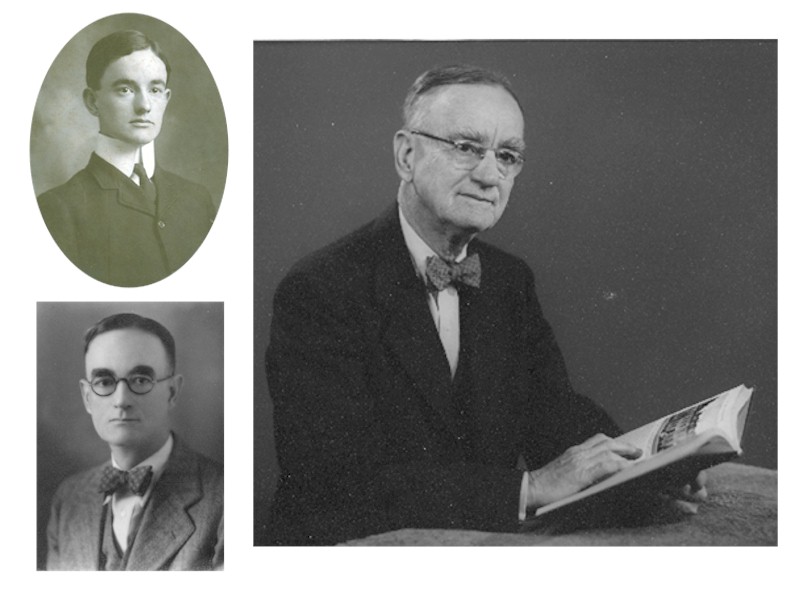 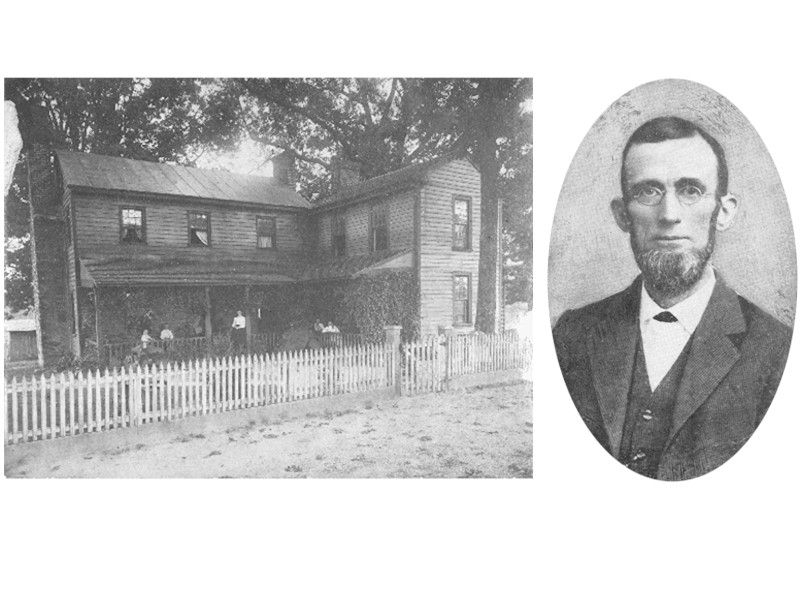 Marmaduke Robins was known as "the Lincoln of Randolph County." 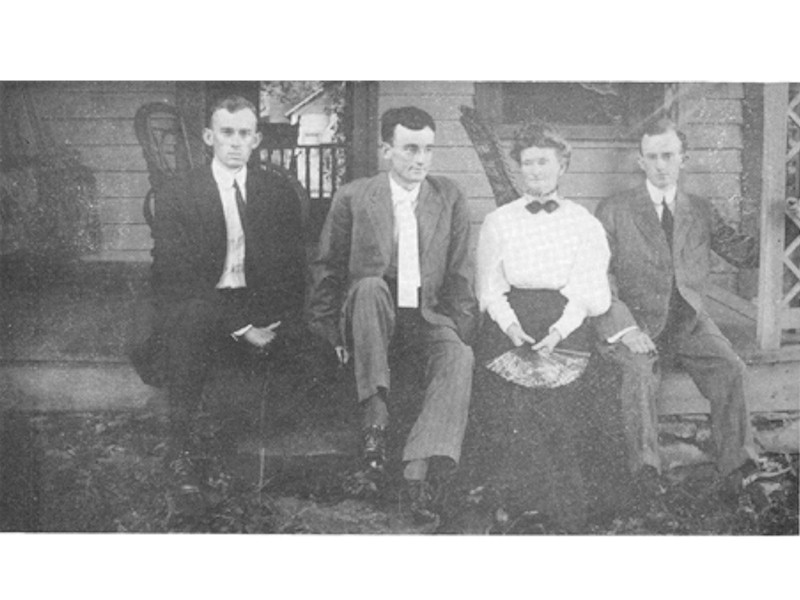 Henry, Sidney and Duke (Marmaduke Jr.) with their mother, Annie Moring Robins, at the Marsh/Robins house, 1905

The Henry Moring Robins House, built in 1924, was the home of Henry Moring Robins and his family. Robins, a highly-regarded local attorney, served as mayor of Asheboro from 1907-1909. His father, Marmaduke Swaim Robins, was an educator, state legislator and attorney who in 1876 founded the newspaper that would become Asheboro’s modern-day daily, The Courier-Tribune. Henry Robins built his house on the site of his father’s house, which previously was the home of Alfred Marsh, an important figure in the early history of Asheboro. When the Marsh/Robins house was torn down to make way for the Henry Robins house, pieces of its structure were incorporated into the new house. The Henry Robins house was built by Thomas Jefferson (T.J.) Lassiter, a contractor who constructed numerous houses in Asheboro and worked with a local home building supply company to develop bungalow components that could be shipped elsewhere and rapidly assembled. The Robins House is worthy of landmark designation because of its identification with Henry Robins, an important and beloved figure in early to mid-20th Century Asheboro, and his prominent family, who contributed to the historic, cultural and social development of the City of Asheboro (and in particular, to the development of the Asheboro Public Library); because of its association with its builder, T.J. Lassiter, and his status as a successful entrepreneur whose reach extended beyond Asheboro to the southeastern United States; because of its exemplification of the Colonial Revival architectural style mediated by upand-coming Craftsman influences, and its high degree of architectural integrity; and because its location in the context of two similar, contemporaneous and highly original Colonial Revival houses immediately to its north provides an outstanding example of an affluent neighborhood in 1920s Asheboro. Although the interior of the Robins House contains many fine and original features, this proposed designation covers only the exterior of the house and its lot.

The Henry Robins House is a private residence and can be viewed from Main Street and Marmaduke Circle.